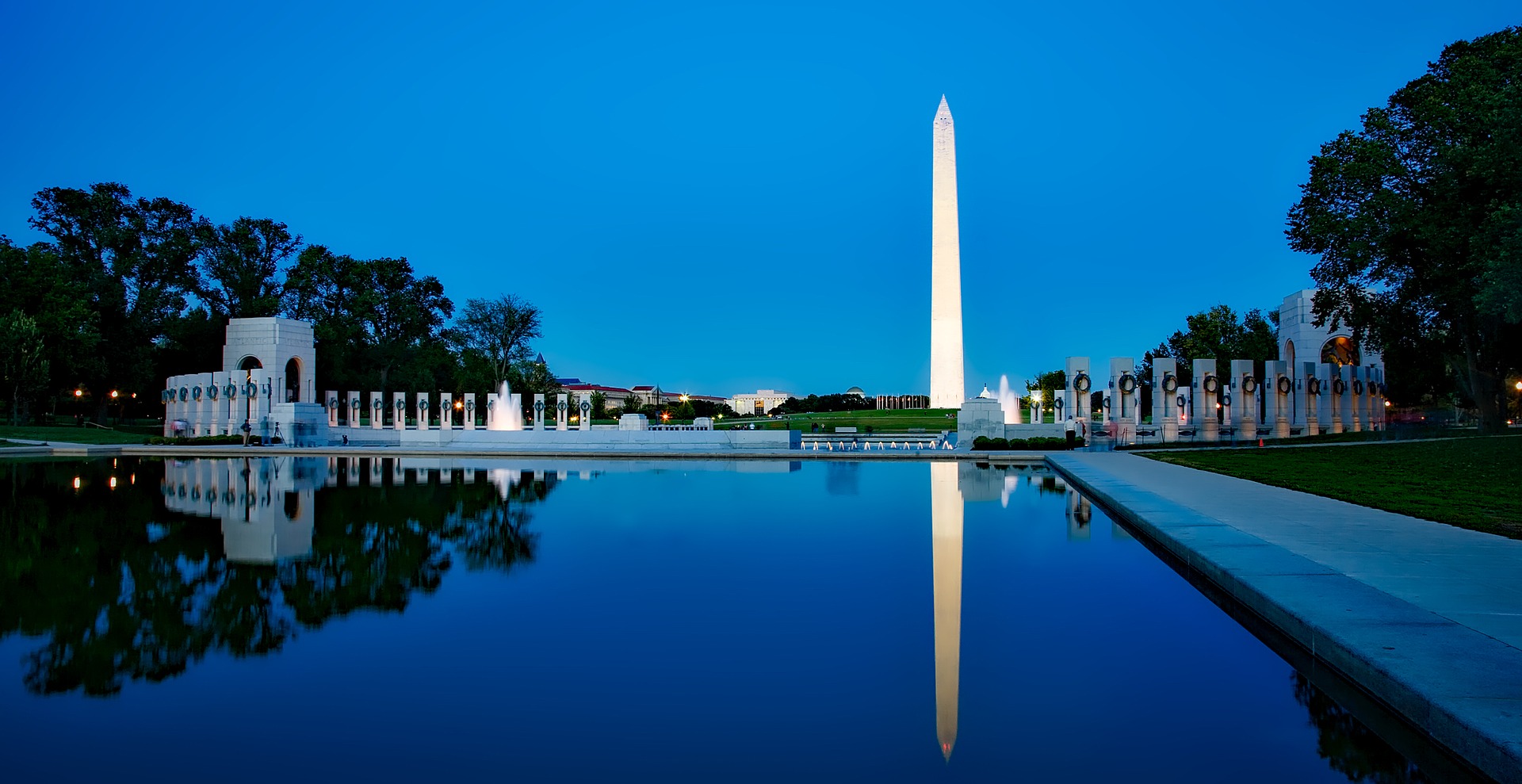 I’ve moved to an every other week format for now, as I’m trying to wrap up Whisper and launch it soon. 🙂

And, in that vein, here is a Byte about how Mike & Kris met, courtesy of Gloria! Happy Reading!

Kris spotted him the moment he walked into the bar.

Everyone saw him enter. Head turned, men craning to catch sight of what had stopped their friend or their partner or their conquest in mid-sentence.

Sandy hair, swept back in a soft pompadour. Broad shoulders, wrapped in a tight t-shirt, a breezy button down open on top. Khaki shorts, and long, tan legs, corded with muscle. He was folding his sunglasses, dark aviators, and hunt them from his neckline.

Good. Not swung around the back of his head like an animal. Kris smiled and swirled his Cosmo. Fresh meat didn’t walk through the doors that often. This would be hilarious.

From his perch at one of the tables near the back of the Tap Room, Kris watched men fall over themselves at the bar top, making room for the blond stranger. Two twiggy men bracketed him immediately, coy smiles and cocked head and jutting hips.

Blond Stranger smiled. Thanked them. God, he had dimples, two perfect indentations in his cheeks. Perfect teeth, too. Kris saw one man at the bar bite his fist, another turn away.

He rolled his eyes. Let the feeding frenzy begin.

He’d reeled in and then cut loose a lobbyist, a silver fox who worked for a sustainable development and humanitarian aid organization. He was cute, and charming, and he wanted to take Kris home and devour him, he’d said, spend an hour with his face between Kris’s legs before working his way north.

But, he wasn’t feeling it. It was May, and he was always more maudlin in May. More cutting, more distant. More everything.

He didn’t want the lobbyist to spend an hour between his legs, make him moan and writhe and scream. He wanted to drink, and he wanted to go home and sit in the dark. Look out his windows at the Capitol, revisit old ghosts.

He’d let loose the lobbyist, demurring and demurring until he finally had to push, telling him no, it was a definite no.

There was no pouting like gay pouting, especially a man denied what he thought was a closed deal. The lobbyist flounced off with a blistering insult. Kris toasted his back as he stalked away.

Kris whirled. Somehow, Blond Stranger was playing darts, alone, at a board hanging on the back wall. Where were his admirers, the twinks to hang off his sculpted biceps? The bees flocking to his honey, sitting like a peanut gallery or a personal applause section? Kris’s gaze darted around the bar. A few older men were still watching Blondie, but the flocks of admirers had waned.

Blondie frowned. “What entourage?” He threw a dart at the board. Almost dead center. He took a pull from his beer, effortlessly masculine chic.

Kris’s stomach clenched. “You cause quite a stir when you walked in. I thought some of the guys at the bar were going to come in their pants.”

Blondie laughed, ducked his head. A blush stained his temples, the edge of his cheekbones. “Everyone here has been very nice.”

“Mmmhmm.” Kris sipped his Cosmo. “How many BJs have you been offered?”

“Four.” The blush was growing. Blondie gave him a side eye, lining up for his next dart.

“I am not offering you a blow job.” Kris snorted. Blondie laughed, pulled back to throw. “You can offer me one, though.”

And, miss. The dart embedded in the dark wood of the bar, three feet off the board. And further, and he would have git the glass window.

Blondie laughed, hard, and grabbed his beer. He sauntered to Kris’s table, all confidence and golden skin and tight muscles. Held out one hand. “I’m Mike. I’m new in town.”

“Are you the resident fairy godmother? Know everyone in the land?” Mike’s eyes twinkled, even though he pulled back his hand.

“More like the wise old hag,” Kris purred. “I’m not one’s fairy anything. But I do know everyone that is anyone in Gay DC, and you, honey, are not on my lists.”

“I would not call you old.” Mike leaned against the tabletop, smiling a mile wide. God, he was good. He was smooth. He was already at Kris’s table, already bantering, and Kris was smiling back at him, like a God damn fool. “So, list keeper. What do I need to do to get admitted to the Gay DC scene?”

“Your little entrance today made a splash. People will be talking about you for at least a day, maybe a day and a half.”

“A full day and a half?” Mike choked back high laughter as he drained his beer. He stared at Kris, smiling wide. Damn it, but those dimples were back. Something fluttered in Kris’s chest, something he once called his heart, or his feelings. Once, he’d had a man look at him like that, and his entire soul had come undone.

Kris’s stomach twisted, yanked. Echoes of the past blurred with the present. Mike, smiling at Kris, and then in a blink, there was another man standing in the same spot, his smile just as beautiful, just as perfectly tuned to Kris. Darker, with brown hair instead of blond.

Echoes. They were just echoes. Kris down the rest of his Cosmo, one long drag, and set down his Martini glass. Tome to go.

“Can I buy you another?” Mike, again, smiling at him. “I’d love to know what it would take to get into your scene.” He grinned, irrepressible, and bit the corner of his lower lip.

Kris swallowed, slowly. The tan line on his ring finger had disappeared. “No,” he said softly. “Neither. Not anymore.”

Mike stared him down, looking at Kris as if he was peering over glasses perched on his nose.

“You’re too young for me, sweetie.” Kris grabbed his jacket.

“One drink. Just one.” Mike held up his hands. “This is the best conversation I’ve had all evening here. Can I buy you one drink and just chat?” He shrugged. “Maybe you can give me some pointers about DC?” He bit his lip again.

Kris sighed. He wilted. Dropped his jacket. “One. A Cosmo. Grey Goose.”

Nodding, Mike scampered off to the bar. The bartender almost broke a leg hurrying to fill his order, and he craned his neck to try and see who Mike was ordering for. His jaw dropped when he saw Kris.

Kris pulled out a cigarette and lit it, blowing smoke over his head. Something was shaking inside of him, something trembling that he wanted to stop. It was May. He was supposed to go home, be alone.

Sure, there were similarities. A few on the surface.

More, inside. If he dug, he could find them, he was sure. The echoes were there. He closed his eyes. David. I miss you every single day.

“One Cosmo, as requested.” Mike set his Martini down in front of him, grabbed a seat and slid it beside Kris. He sat with his beer and held his drink out for a toast.

True to his word, Mike kept the conversation to questions about DC, about the gay life in the capital, about Kris’s friends and who were good people versus people to avoid. One drink turned into two, and Kris’s cutting sarcasm and hot takes turned into open laughter, especially after he asked Mike about his past, where he’d come from. How had someone like him appeared in DC? Mike kept him laughing about West Virginia, moonshine, and the tribulations of a gay boy in rural America, trying to read signs in between shotguns and rattlesnakes, sneaking kisses in the back of bars and sneaking out of hotel rooms in nothing but a cowboy hat.

The crowds thinned, dwindled. Midnight turned to one AM. Kris stared at Mike’s profile, sucking down his third beer. Could he—

“Can I take you to brunch tomorrow?” Mike smiled, again, God, he was always smiling. Did anything get him down?

“I’ve got to start making friends somewhere.” Mike shrugged. “I like you. I like this. I want to see you again.” This time, his smile was different, more hopeful.

He took his time answering, spinning his empty Martini glass. “I don’t date. Ever.”

“I fuck.” He shrugged. “You’re too young to be my type though, hon. And you…” He sighed. “You’re looking for someone, aren’t you?”

Mike nodded. He was quiet, for a moment. “I’ve done my share of one nights and sneaking around. I want something real.”

Mike smiled. “But can I still take you to brunch? If you’re free?”

Kris chuckled, shaking his head. “You are impossible.”

“I like to be with friends. Eleven AM work for you? You can pick the place?”

He shook his head. No one had worked this hard to connect with him, not in years. Most men ran at the third slicing insult. His one-night stands felt the door hit them on the way out, for the most part. Only one man had worked his way past Kris’s armor, since David’s—

It was May. And he was supposed to be alone. But…

“I’ll meet you at Café Alexander at eleven.”