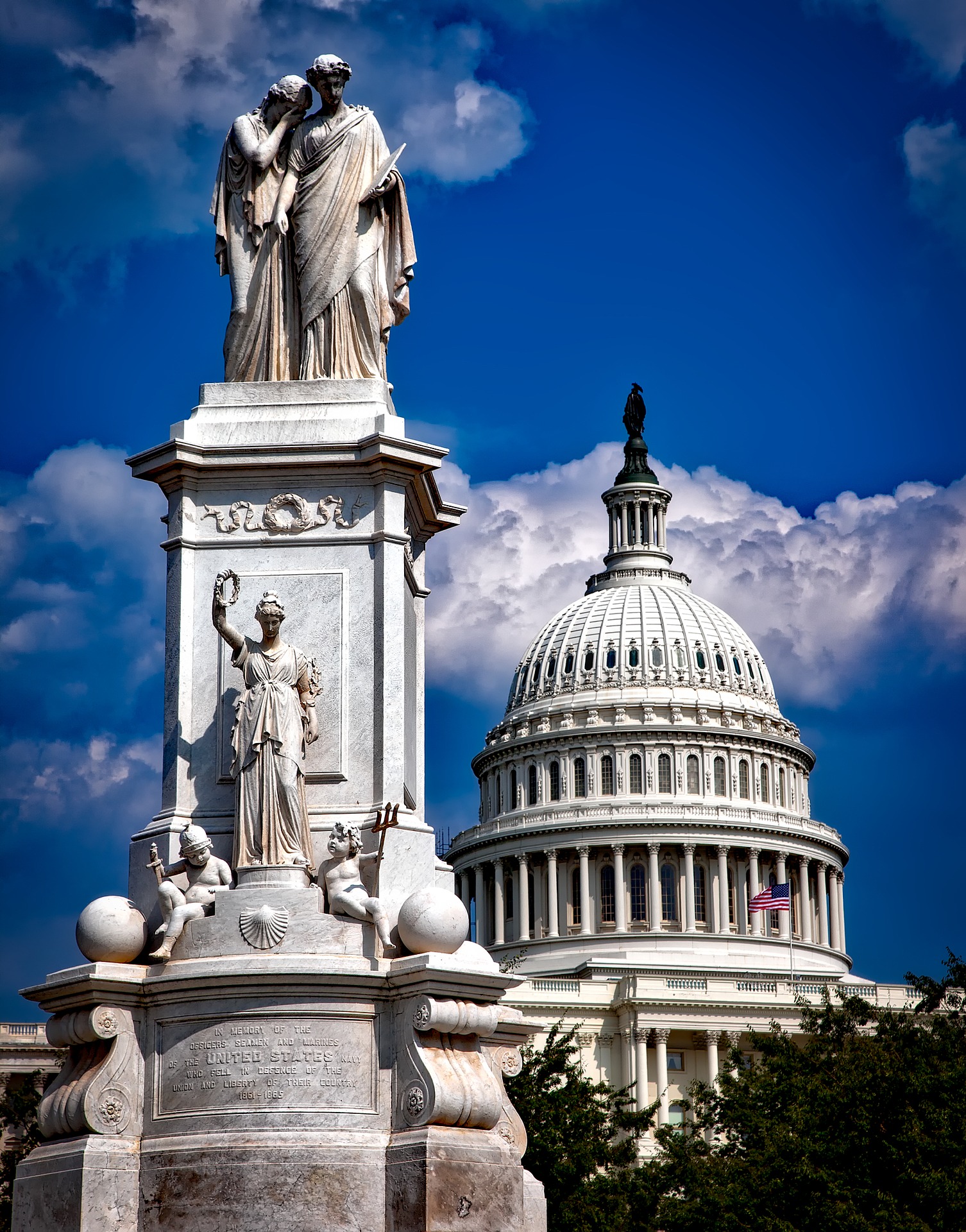 This week, I’m writing a Byte from Hush that Maria requested: Can we see what was going on with Mike during Chapter 14 in Hush? Why did he push Tom away? What was going through his mind?

Mike stared at his coffeemaker. Each dark drop dribbled into the carafe, steam and gurgles belching from the dingy white plastic machine. He’d carted it from the Navy to West Virginia to DC. It was a piece of shit, nothing fancy like Silvio’s chrome and stainless steel espresso maker, but it was reliable.

God, he needed coffee. After being up the entire night, tossing and turning, he wasn’t going to get through the day.

Thoughts of Tom consumed him.

He should never, ever have said yes to dinner.

Damn Kris, too. How dare Kris push him toward Tom, when he didn’t even have the guts to follow through on his own love life. How dare Kris push him to seek his happiness, the man of his dreams, his prince charming, when Kris slept his way through half of DC, and ignored the one man who actually wanted something more with him. If Kris was exempt from the game of love, then why wasn’t Mike? Why couldn’t he go just back to his carousel of men, his night after night of GrindMe and bars?

Exhaling, he rested his forehead on his arms, closing his eyes as the coffeemaker gurgled.

And, God damn Silvio, too, for fucking a man in his kitchen and making him rip it all out. Making him brew his coffee in his bathroom, like a fucking Neanderthal.

Why did he even care about Silvio’s betrayal that much? They’d barely been a couple, in hindsight. Silvio working so much, dashing around the country and spending the night in New York, San Francisco, Chicago, New Orleans. How long had he been cheating, really? Had he ever been faithful?

Damn it. That’s why he cared.

That’s why he wanted to get off the carousel of ass.

He wanted that one man, that one special man. Someone he could cherish, and who cherished him.

Why did he have to be Tom Brewer?

Tom fucking Brewer, with his cute smiles and his self-deprecating chuckle and his earnest, almost painful desire to be just and fair. With his lean swimmer’s body, and the way he’d just melted into Mike’s hold, like he’d waited his whole life to be in Mike’s arms. With the way they fit together, so perfectly. From holding him in his arms to holding him in his heart, imagining mornings and evenings together. Shared coffee and playing with Etta Mae.

He could be so happy holding Tom on the couch, hands laced together, wiling away the hours talking about their day, about plans for the weekend, or a thousand other things.

It only took one weekend to see, to know, deep down inside of him, how they fit together. One dinner. One kiss. One brunch, and one afternoon.

The second dinner was a mistake. He’d already known, he’d known Saturday night that they couldn’t pursue this. Why punish himself? Why spend Sunday with Tom? Why take him to his romantic dinner spot, why imagine more? Why kiss him, and kiss him, and feel Tom’s body surge against his own?

They just couldn’t do this. They couldn’t start a relationship. He wasn’t going to start anything that would only end in disaster, again. No matter how amazing Tom was, he couldn’t go through with that. Better to have loved and lost, Shakespeare said. But Shakespeare didn’t have to work with the man of his dreams, didn’t have to face him day in and day out.

What would happen, if they tried? Tom would blossom. He would bloom, a rose in mid-summer bursting with glory. He would find himself, and all the joy he’d denied himself for years.

That would take him away from Mike.

Why would he want to tie down with Mike, who’d done all that, who’d had the gay twenties, the rollicking great times that single gayhood could be? Why wouldn’t Tom want to experience that freedom, that pride that shot straight to your veins, that joy that you could live your life, love anyone? Why would he want to be tied to Mike through all of that?

So, Mike would be left. Tom would grow distant. He’d want more. They’d fight. Tom would want to go out, flirt, get attention. Like from that guy, that asshole at the bar who had slipped Tom his business card. Jesus, Tom was probably going to call him, probably going to end up kissing him, too.

His hands clenched, arms shaking. Christ, he didn’t want to think about Tom with another man.

Better to never start something than watch it slowly die, watch him lose the man of his dreams inch by inch.

Hey you. 🙂 Haven’t seen you yet today. Miss you.

He knew the text would come eventually. He just didn’t think it would feel like a punch to his gut.

Mike chewed his lip as he stared at the screen, struggling for something to say back to Tom. He was in the stacks, in the rows and rows of case files and folders at US Marshals headquarters, chasing old threats and going over long-dead prison chatter. Hiding, that’s what he was doing. He was hiding.

He had to kill this with Tom. He had to kill it before it got out of control, grew a life of it’s own. Before he fell any harder for the man.

Cold. Nothing like their old texts, when he worried about whether one or two exclamation points was the suave thing to do, to show just enough interest, but not too much.

He waited, and waited, and waited. Waited for what felt like an hour, begging Tom to message back. It wasn’t through, please, not yet. Even though it had to be, God, he didn’t want it to end. He wanted to be in Tom’s office that moment, leaning over his desk, catching his eye, inviting him to lunch. Maybe just shut the door and kiss him all the way through lunch, never let go of his lips. Never stop gazing into those eyes.

It could hurt now, or it could hurt so much worse, in the future. When Tom decided to leave him.

What did that song say? Had to leave before he got left.

The singer made it sound easy.

He stared at his silent phone.

Tuesday evening, he finally headed back to the courthouse. Thank God it was a week he could avoid his office, and didn’t have trial. But he had trial prep, and a thousand other things to do, so he needed to put some hours in at his desk.

Just, not around Tom.

Tuesdays, Tom taught at Georgetown, so he was guaranteed to not see him.

Tom silhouetted his door, a portrait of practiced neutrality, a lawyer’s perfect poise. Save for those eyes. Pools of burnt hurt, the color of coffee they could have brewed together on lazy weekends, the color of Rock Creek Park and the dirt beneath Etta Mae’s paws. A life he could have had.

“What are you doing here? I thought you were teaching?”

Tom almost hid his flinch. “Left my phone on accident. Thought it might be important that I had it.”

He heard what Tom didn’t say. He was waiting for texts. Hoping for texts. From Mike? Or from someone else? Had he already moved on?

He couldn’t do this. “I’ll drive you home,” he growled.

Tom followed him out to the front of the courthouse. Silence wreathed him, a shadow that Mike couldn’t go near. Tom was untouchable now. He didn’t have a right to his thoughts. To his feelings.

The drive was excruciating. If only he had a teleporter. His neck locked, eyes fixed to the road. Don’t look. Don’t look. Temptation sat beside him. He wanted to collapse at every red light, fall sideways into Tom’s lap, tell him he made a mistake, tell him he wanted Tom, even if it was only for a short time. He didn’t want to let him go. He didn’t want to lose Tom. He wanted him back, wanted that weekend to replay, a Groundhog Day weekend for eternity. His fingers clenched his steering wheel, so hard, so tight, he nearly tore the leather.

He pulled up to the curb at Tom’s house.

“But I take it that’s not going to happen again. Ever.”

“Whatever happened, I’m sorry, Mike. I honestly never expected anything. I knew I wasn’t your type. I shouldn’t have…” Tom sighed.

You are everything I want. Everything, Tom.

“I’m sorry this has ended our friendship. I really, really do think you’re great.” Tom’s voice went tight. “You’re going to make some guy the happiest man on the planet someday. He’s a lucky man.”

Mike nearly tore his steering wheel off. I want him to be you.

Tom slid from the car. He turned back to Mike—

No, he couldn’t look.

Mike slammed on the gas and squealed away, up the block.

Someday, you’re going to give some man your heart, Tom. I’m already jealous of him. And I want to be him, so fucking much.

He got three blocks before he collapsed against the steering wheel at the red light, and the sobs he’d pushed back since Sunday night finally burst free.

He sat in the wash of red light and fought against turning around, rushing back, pounding on Tom’s door until he opened, and Mike could hold him, kiss him again. Even if it was just for one more time.

The light changed to green.