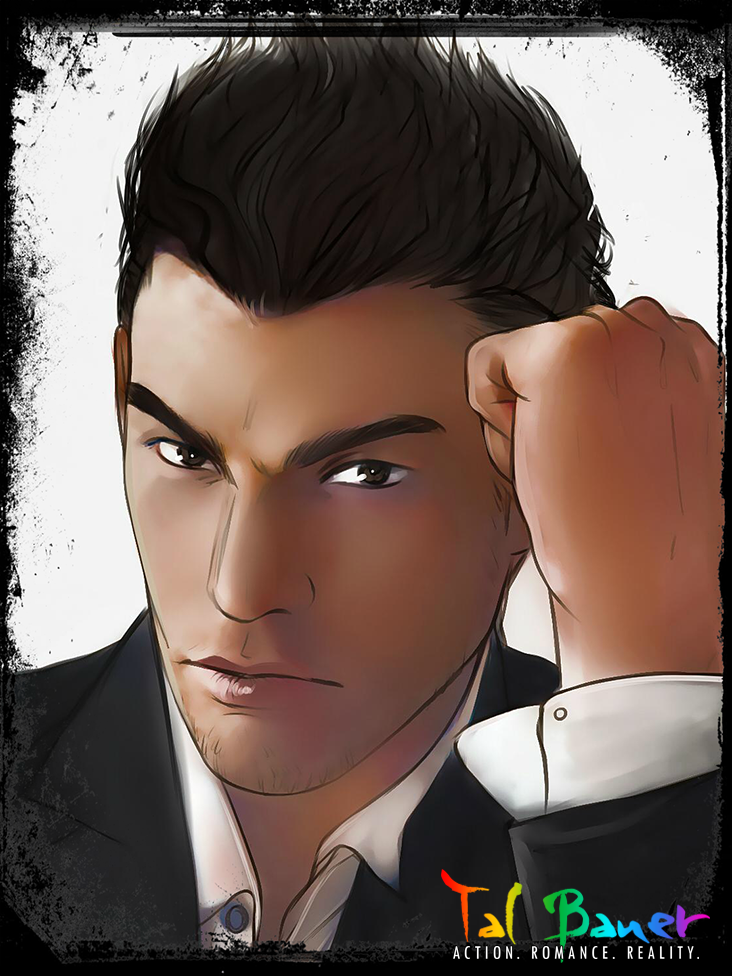 Hello! Welcome this bi-weekly edition of Bauer’s Bytes. 🙂 It’s been a hectic year! How is it almost June!?

This week, we’re going back to Whisper, and following Kris and Dawood as they build the first steps of their new life. If you haven’t read Whisper, turn away! Spoilers within!

Kris watched sunlight slant through the skylights, shine on the rows of men and women prostrating and murmuring their final prayers. Arabic whispered across the masjid. He could just pick out Dawood’s baritone, the rich depth of his speech. After ten years without hearing his husband’s voice, Kris was greedy for the sound, lapping up his every breath, his every soft utterance that slipped from Dawood’s lips.

“Oh Lord, keep Kris and Behroze in your care. Watch over every beat of their hearts. Fill their souls with peace and joy. Help me be the best man I can be for them.”

Kris swallowed, his throat tight. Dawood bent forward again, touching his forehead to the carpeted floor. Others were finishing their prayers, rising and slipping toward the masjid’s foyer to collect their shoes and their coats. They passed Kris, sitting against the side wall and waiting for his husband. Watching. Always watching.

It was their routine. Kris went with Dawood to the masjid at least once a day for prayer, and every Friday for group prayers, and then the prayer group Dawood led. Dawood did the rest of his devotions at their new home, converting one of the four bedrooms into a prayer room. He’d even added a chair for Kris to sit in, joining him as much as he could, as much as he wanted. Dawood’s life was completely open to Kris, in every way.

Kris had flung open his life to Dawood as well. He’d thought it would be difficult, rewinding time, falling back in love with a man who had become almost a stranger to him. Who was the battle-hardened, scarred and mountainous warrior that wore David’s face but answered to a new name? He’d thought it would take time to find their equilibrium again.

Or the way they could communicate without saying a word. How one look could speak volumes, reveal the inside of his own heart to Dawood. And just one look, one brush of Dawood’s hand against his, spoke the same.

Picking up where they left off, a world, a war, a funeral, and a decade between them, was as effortless as being with David had always been before. Dawood’s prayers marked time in their new life, and between his whispers in Arabic, his pleas to Allah for joy and peace for Kris and Behroze, they traded memories like photographs, rebuilding the years they’d missed. Dawood’s time in the mountains, the simple memories of sun and farming and children playing. How his faith had renewed, planted in a place of peace, and how he dedicated his soul to Allah so that he could be with Kris again.

Kris spoke of darkness, the years at the CIA, the missions with SAD, the brutal extremes his life had devolved to. Fight or fuck; it was the only way he could feel.

“But Mike and you became friends.” Dawood had laced his fingers through Kris’s. “He brought you happiness, at least. Yes? You had some happiness?”

Kris had nodded. “Yes. It wasn’t all bad. There were… better times.”

Flashes of Dan streaked through his mind, bullets that pounded the back of his brain. Dan, cradling his hand against his chest, hovering over him, kissing him so slowly he thought he’d burst. Dan, who told him he’d loved him, that he’d wanted the best for Kris. Dan, who’d betrayed everything and everyone Kris had ever held dear.

More than anything, it was the betrayal of his values that cut the deepest. Dan knew, God he knew, more than anyone, the price Kris had paid through the long years of the War on Terror. The prices they had all paid.

Dan had never loved him at all. He couldn’t have, and then done what he did.

During the days, Kris and Dawood poured their time into rebuilding a home within their new house. A quiet place on a tree-lined circle, it was the solitude of their old home but within walking distance to Dawood’s mosque. They redid every room, laughing as they traded swipes of paint on cheeks or chests, as they kissed against the wet wall, fell to the tarp on the floor. Made a mess, and had to start over.

Dawood laid hardwood in their home after spending an afternoon with Tom at Home Depot, learning how to pick the best wood, how to lay it flat, how to align baseboards and bull noses to finish the edges.

How did everything in their lives fit into their bodies, into their hearts? Kris had watched Dawood cut and measure the floorboards, a dark cherry, and slot them into place as the sun streamed in through the back windows of their home. How had their hands and eyes and bodies absorbed everything? Had they truly lived through Afghanistan? Thailand? Zahawi? Had they fought two wars in Afghanistan and Iraq, chased evil around the globe? Had Dawood truly been a ghost for ten years?

How did they end up here, in the sunlight, with ocean blue walls and crown molding, cherry floors and a bed they could get lost in, cradle each other close and lose the thread of time within?

At least once a week, they met up with Mike and Tom. The Tap Room, and his and Mike’s old bar haunts, faded. Almost overnight, Kris slipped back into domesticity, into coupledom, and he and Dawood traded dinner dates with Mike and Tom, traversing between their homes in a well-worn path across the Potomac. Mike had a billion questions for Kris, as if he finally had the keys to unlock the mysteries of Kris’s past. They sipped beers and lounged on Tom’s back porch, Kris whispering of his past as Dawood and Tom debated law and philosophy, foreign policy and humanitarianism. Tom and Dawood spoke until Kris was dizzy, following the threads of their conversation forwards and backwards in time, through the nature of humanity and the problem of evil, of justice in an imperfect world, and how to be a good man when life seemed to swallow one whole.

Kris had flicked at the ring on Mike’s left hand. It, and a matching one on Tom’s left hand, had appeared one day. “You deserve this, too.”

Mike, as always, flushed. He’d asked Kris to be his best man, and, to absolutely none of Kris’s surprise, Mike was going all out for his wedding. Kris had patiently listened to him compare venues against the benefits of eloping, listened to his fears, which came out after several beers, and held him up through the insecurities that tore at his heart.

Kris’s wedding band gleamed, an anchor for his soul. He’d never take it off, not ever again. He would never not be Dawood’s.

And Mike would never not be Tom’s. He saw the truth in their love, saw echoes of him and David in their flames and passion. Him and David, and him and Dawood. Love was a mobius strip, a circle without end, a wrinkle in time that bridged two hearts for eternity.

He’d been David’s, and now he was Dawood’s. He’d fought wars, invaded foreign lands. Held life and death in his hands. Buried his love, and pointed a weapon at his love’s head before he pulled him from the Potomac. Laid down every night and put his heart and his life in his love’s hands, and begged whatever God there was for another day at his side. Always another day.

Kris opened his eyes, back in the masjid. Dawood, fresh from his prayers, waited in front of him. The rest of the men and women had filed out, and Imam Youssef was laughing in the foyer, in a beam of sunlight, with another married couple, two women from Georgetown. The rainbow shahada glittered behind the trio, prisms dancing over the tiled floor.

How was this his – their – life? From wreckage and ruin to this?

Dawood held out his hand. “Habibi, is everything okay?”

“Nam, ya rouhi.” Kris took his husband’s hand. Stood. He kissed Dawood, slowly, his soul falling into place, sliding against Dawood’s. Sliding into where he was always meant to be. “Everything is perfect.”

They walked together toward the exit, waving to Imam Youssef. “How were your prayers?”

“Good.” Dawood squeezed Kris’s hand. “I pray for you. For your happiness. And that, hopefully, I will be the one to bring you that happiness.”

“You do, ya rouhi.” They walked together into the afternoon, into the deepening sunlight. The earth kept turning. Life kept moving.

“I want to finish the trim in our bedroom this evening.” Dawood spoke as they walked hand in hand down the street, heading back for their home. Plans for the trim, the walls. The bathroom. Plans for their future, a life he was building with his two hands and his love.

Kris stopped him in the middle of the sidewalk. He spun Dawood, turning him to face Kris. Dawood stopped speaking mid-word, his lips freezing as he stared into Kris’s gaze.

Dawood pitched forward, resting his forehead against Kris’s. He sighed, a prayer on his breath, blessings and gratitude wrapped in one. “He’s ready. He wants to meet you, habibi.”

Dawood and Behroze had been emailing every day, long messages in Pashto and Arabic back and forth. Kris read them over Dawood’s shoulder, watching a father and a son build a life out of shattered memories and a future neither of them expected. Imam Youssef had agreed to mentor Behroze, to teach him to become an imam as long as Behroze committed to the principles of their mosque. Behroze had never known such a path was open, or that his father, the star fixed in his sky, would walk his own life with another man. Would love another man.

And Kris wanted him to be in their lives. He was greedy, hungry for everything. For Dawood, all of him, all of the minutes and moments he had missed, everything that had shaped the man who stood before him now. He wanted this life, all of it. Behroze, Dawood, Afghanistan, and everything in between.

Dawood held his gaze, staring into the bottom of his soul. “I love you,” Dawood breathed. “So much.”

Timestamp: After the events of Whisper