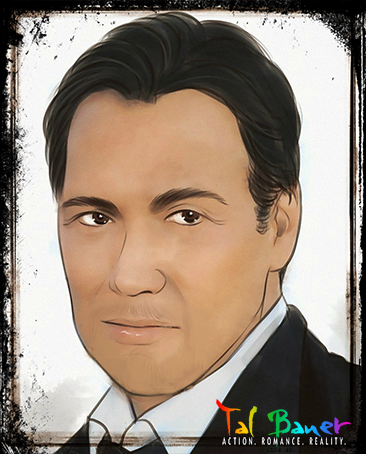 This week, we’re concluding the first person switcheroo scenes with three from Enemy Within. *** If you haven’t read Enemy Within, this Byte is not for you!***

How did Levi handle discovering Scott’s secret? What was Ilya thinking, keeping the faith in Siberia as he waited for Sergey? What went through Scott’s head as he made his final decision?

Wondering, at the White House

But of course it can. Madigan has shown us all, over and over again, that we cannot trust our own friends. Our own minds.

But Scott? No… it can’t be. Scott is Ethan’s best friend. They have more history together than a high school textbook. They’re salt and pepper shakers, a matched set, the dynamic duo, the wonder twins, the terrible twosome. There’s nothing those two haven’t done together. They’ll probably be in the same retirement home, the two of them together, still, bitching about the satellite and cracking jokes, and telling stories about the good ole days.

Scott would be the perfect man to turn, for Madigan. If Madigan can turn Scott, he can shred Ethan’s world. And Spiers’s world. The entire world, right from the center of the heart.

If Scott turns, that will be it. The world will be over. For Ethan, for sure. For Spiers. For everyone. Scott would be the key to Madigan’s victory. He could destroy everything. Everything.

Has he been a plant all along? How many years has this been in the making?

Jesus, the walls are fucking moving, shrinking in on me. I can’t fucking see right, can’t hear. There’s a Goddamn train approaching, coming up behind me, but I can’t see it. I can’t see anything. Not even the obvious.

Where the hell is Scott’s background investigation?

What is he hiding?

What the hell do I do?

If Scott has turned, then it’s over. The world is over. I can’t fucking stop it, not here, not now, when I’m in DC and Scott is a million miles away, right beside Ethan and Spiers, racing… to Madigan… at the top of the world.

How will Scott do it? How will he kill Spiers? Betray Ethan? Will he look Ethan in the eyes? Or will it be a knife in the back?

I puke before the images come, just the thoughts, the dread, enough to make me grab my trashcan and hurl.

It can’t be. I don’t care what the evidence says. I cannot believe that Scott will stab Ethan in the back. There is no evidence, no calculus, no facts and figures or probabilities that can override what my heart is saying. Scott, Goddamn it, is Ethan’s best friend.

He has to be on our side.

I rest my forehead on the edge of the garbage bin. Black plastic digs into my skin. I can smell my sour vomit, see flecks of my cereal in the bile.

Fact. Scott has no background check.

Fact. Madigan has a traitor in Ethan and Spiers’s inner circle.

Fact. Madigan has proven that we can trust no one.

Not even best friends.

I stack all the background check folders again, and I crumple the sticky note with Scott’s name on it. Toss it into the trash, on top of my vomit.

Accessory after the fact. Accomplice. I’m neither, but if Scott’s a traitor, and if civilization is around to try me after this, that’s what I’ll be tarred and feathered for. Covering up Scott’s tracks. Not turning in a traitor. Not saying something, when I damned well should have.

Please… please be on our side.

Waiting for Sergey in Siberia, just before Sasha arrives with Kilaqqi.

Siberia is a cold, heartless place.

I’ve always known that Siberia is a tomb, a graveyard of hopes and dreams, built on bones and frozen tears. If I tried to calculate all the people who vanished into Siberia, all the prisoners, all the victims, my mind would shut down at the scale of the numbers.

Will it be my tomb, as well?

Is it already Sergey’s tomb?

Every day, I stand on the snow-covered track – only the most generous person would call it a road – and stare into Siberia. I smoke my cigarettes into the wind, clinging to the edge of town, as if the embers of my cigarette are a lighthouse for Sergey to follow home.

He’s out there. I know it. I’ve spent thirty years at the man’s side. I know him better than he knows himself. I know all his faults and foibles, his blind spots and his weaknesses. How he plays the jokester just a little too long. How quick he is to anger, a short fuse with a hot temper, but how that peters out in moments, leaving him like a sagging parachute.

How lonely he’s been, since Natalia. Probably since Irina, his first wife. Natalia was a political move, both into and out of his second marriage.

How he never knows what’s going on in his own heart.

Sergey has been wedded to Russia for years, ever since our wild-eyed fantasy of a better country slowly became a reality we could work for. Moving up the ranks, carefully. Positioning ourselves, in Putin’s crazed, criminal state. Ready to take advantage when the cards came tumbling down. Sergey was smart not to be the first president after Putin. Of course that one was going to be assassinated. No, he was the second president. The one who lived.

And he put all his hopes into our plan. Scheming, calculating, building up the evidence. Preparing for the final day when it was enough, when he could sign the arrest warrants and order the strike, and change Russia more in one day than any president had in almost a hundred years.

After the sweep, Sergey was different. How could he not be? Everything he had dedicated his life to had come to pass. The big moment, the event he’d worked toward for years had come and gone. He was left on the other side, a seasoned man with exactly one friend and an empty home.

Was it any wonder that he’s fixed his attentions on Sasha?

A new project, I thought. His and President Spiers’s friendship was breaking the airwaves. He is truly serious about equality, and care, and changing the country, I said.

Sasha was a difficult friend to make.

He got that same twinkle in his eyes with both of his wives, early on.

But the idea was ludicrous, the thought preposterous. Sergey…? No. I would have known, if so.

Sasha is as obvious – to me – as a billboard erected on the Garden Ring, proclaiming his free fall for Sergey, his massively deepening crush, in screaming neon colors. Sidelong glances that flick away and back, like he can’t bear to look or look away. The way his whole body angles toward Sergey, as if his center of gravity is Sergey’s heart and soul. The way he tries to run from his feelings, stoic and ferocious in his silence and his nearly-invisible yearning.

Sergey is as blind as ever. Or, I  think, perhaps it’s his silent way of saying no.

Whatever is going on between them, Sergey is happy again. As happy as I’d seen him in years. I thought no further than that.

In Russia, I’ve learned to accept happiness when it comes, as it so very, very rarely does.

Wherever they are, they are still together. I know that in my bones, in my blood. As I smoke my cigarette, and watch the smoke mingle with the snow and the fog, the ever-present gloom of Siberia, I know at least this much. Sasha will never leave Sergey’s side. Not unless Sergey dies.

Or unless he goes to die for Sergey.

What would Sergey be after Sasha?

Two men, two unlikely men, who have now become entirely fused. At least, in my mind. What about in the world?

Sergey, damn you, where are you? The country needs you. Crawl out of the wasteland, the tomb of Siberia. Come back. I’m doing everything I can, putting the country back together piece by piece, for you. For you. There is no other man who I will give Russia back to. Come back.

Sasha, wherever you are, bring him back. I know you’re together, side by side. You’d never leave him, Sasha. Never.

Sergey wouldn’t know what to do if you did.

I stand in the snow, staring down the fog-covered track into Siberia, willing two men to appear from the dead, from the graveyard of Russia. My smoke swirls with the gloom, indistinguishable from the haunting, ever present malaise.

Come back, both of you. Together.

After Jack goes to Ethan on the Veduschiy.

Save yourself, Jack said. I promised I’d bring you back to your family.

Go. Flee. Escape. Save your life.

Ethan’s screams had raked down my bones, clawed through my brain. Made me want to rip out my hair and gouge out my eardrums. Tears stream down my cheeks, every step taken away from Jack, Ethan and Madigan a knife in my back, in my spine. My tears freeze on my face, cracking as I try to breathe, my inhales quaking, my soul trembling.

Ethan is my best friend. And Jack is my president. Ethan’s husband.

I close my eyes. My wife, my daughter, flash in front of my eyes. I love you so much. So, so much. Remember me.

Turning around, I head back for Madigan’s base. For Jack. For Ethan.

Ethan is my best friend. I will never leave him behind.