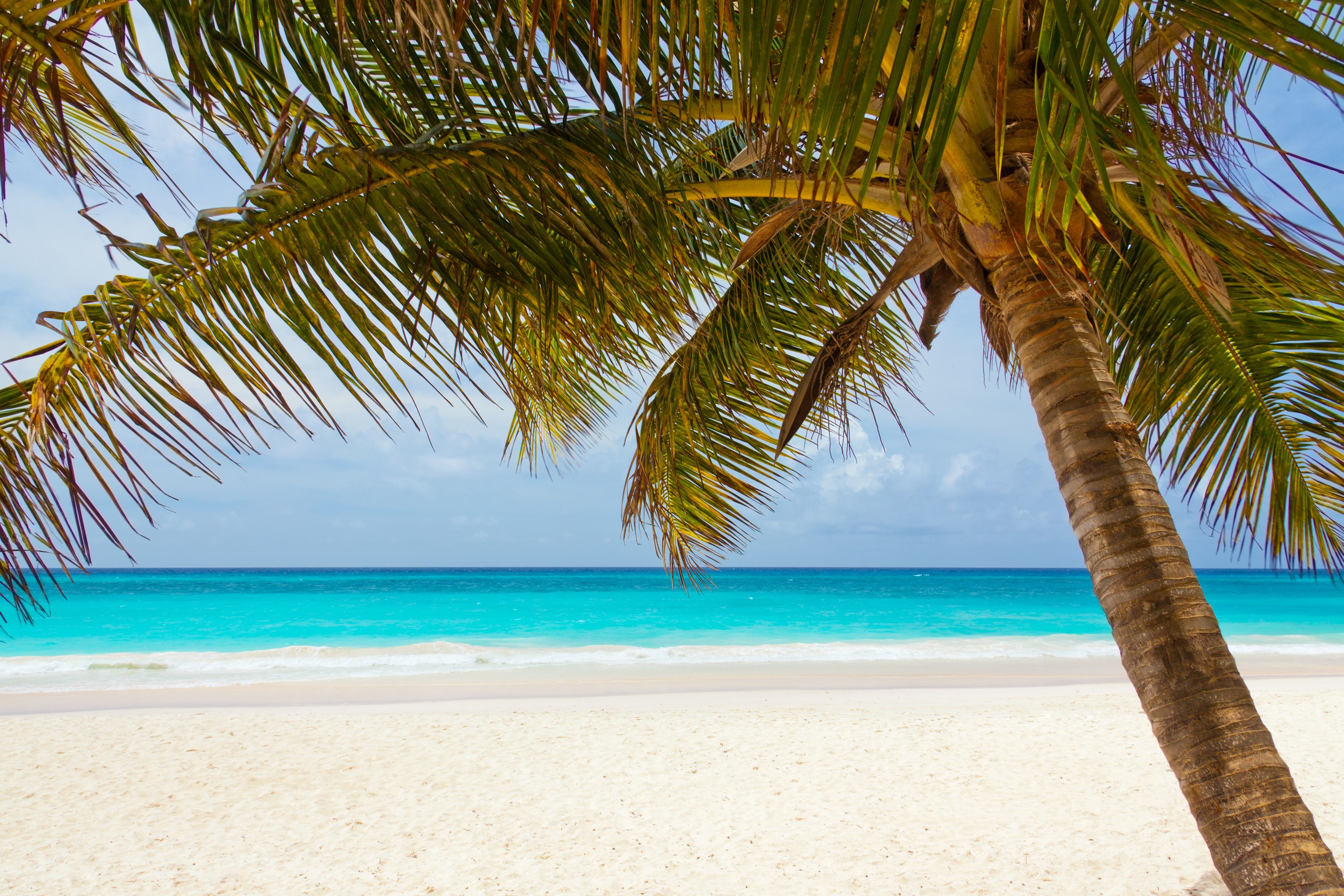 Jack and Ethan are headed to the beach, finally. 🙂

Finally, it was time to head to the beach.

Jack trooped out in his itty-bitty baby blue swim squares, and Ethan tagged along behind, in his bright white pair. He’d tanned before their trip, making sure he’d look at least halfway decent next to Jack. If anyone looked at him at all. He was next to Jack, which meant he was invisible.

Jack looked stunning. His stomach was flat, his abs carved into his flesh, canyons running down his obliques with a small divot above his belly button. It wasn’t a six pack, but they were definitely there. And definitely hot.

They planted their towels in the sand and let the waves tickle the ends of their toes. The cove was private, huddled next to their beach bungalow, and the ring of palm trees kept the public away. But, it wasn’t Camp David-level security, and Ethan caught the shine of at least one camera lens behind the line of palms.

“There’s a photographer. Do you want to stretch and show off?”

Jack laughed. He had the decency to blush, at least, before he rose and pretended to stretch to the sky, his baby blue swim trunks falling just below the angle of his hip bones and revealing the barest hint of blond fuzz just above his crotch. His abs seemed carved from marble in the tropical sunlight.

Jack was right there, an arm’s length away. He’d never put the moves on Jack in public when Jack was the president. It wasn’t presidential, and he wanted to maintain the dignity of the office. Never let anyone have any ammunition to use against Jack.

But Jack wasn’t the president anymore.

He reached for Jack, wrapping both hands around his calves, and stroked up the back of Jack’s legs, tugging him closer. Grinning, Jack shuffled forward, looking down.

Ethan pressed his face between Jack’s thighs. He bit down, nibbling, and then nuzzled higher. His lips dropped kisses around his leg, tracing the line of his swim trunks and his sun-kissed skin.

Jack’s fingers threaded through his hair.

Ethan slid his hands higher, until he had two handfuls of baby-blue fabric covered asscheeks. He grinned, and then tugged.

Jack’s legs buckled, and he slowly collapsed onto Ethan, sliding down until he landed on Ethan’s lap. He draped his arms around Ethan’s neck, a saucy smile curving his lips. “Hello, handsome.”

“I’m not the handsome one.” He stroked up Jack’s sides and let one hand drift over his abs. “These really are amazing. You should be very proud of yourself.”

“I am.” Jack lifted his chin. “I’ve been fending off your pizzas.”

Chuckling, Ethan kissed his chest, pressing slow kisses in the valley between his pecs, around his nipple.

Jack shivered in his arms. “You know the photographer is probably capturing all of this…”

“So no more worries about ‘Eagle One and where it’s landing’?”

Ethan laughed at Jack throwing his words back in his face, his caution to Jack to cool their jets while kissing on the sand while celebrating Jack’s birthday weekend. “Well, I don’t think we can call it ‘Eagle One’ anymore.”

“Excuse me? It’s still presidential! I was the president!”

“You love that presidential card.” Ethan laughed and kissed Jack at the same time, his cheeks aching from the width of his smile. “You play it every chance you get.”

Jack grumbled, but he was grinning too.  He settled in Ethan’s lap, making himself comfortable.

Jack smirked. His body shifted, just so. “Are you saying I’ve been… naughty?”

“A naughty… president, even?”

Jack chuckled, and then wiggled, and his eyes lit up when he felt Ethan’s reaction to his teasing, his playfulness, and just him being him. “I think that you need to teach me a lesson, Agent Spiers-Reichenbach.”

He tried to breathe, tried to remember that they weren’t really in a private space, tried to restrain himself from just tipping Jack back in the sand and going crazy. But he was just a man, just Jack’s husband, and Jack could always light him up like no one else ever could. He rolled them both, a quick combat tuck and dive that put Jack on his back on the beach, his legs spread and Ethan kneeling between them.

He wasn’t the only one affected.

Jack bit his lip and arched his back. Tipped his head, and reached for Ethan.

Ethan dove down, capturing Jack’s lips, wrapping him up in his arms, bringing their bodies into perfect alignment. The beach, the palms, the sand all faded away, until it was just Jack and his kisses, his warm body, his perfect sighs.

They managed to stumble back to the beach bungalow before they were entirely naked, and before they were in danger of being exposed online in a celebrity sex video, presidential edition. If there was one thing Jack did not need, in addition to the rest of his mottled legacy, it was to be the only president with a sex tape. Ethan drew a hard line in the sand at that.

Much, much later, as they both laid in bed and listened to the waves crashing, sated and boneless and utterly spent, Ethan’s cell phone vibrated. He fished it off the nightstand. Anderson had texted them.

You know, I’m glad you two are able to enjoy yourselves now that you’re out of the WH. The love you have for each other is clearly evident – I married you. I saw it firsthand. BUT… my teenage son looks up to you both as role models to perfectly emulate. Now I have to explain to him that wildly making out on the beach is just on the other side of what we tell him and Gabe are “wise decisions.” 😊

Attached to his text was a link to a TMZ article. Smoldering Presidential Beach Holiday screamed from the headline. Presidential Bod an Eleven on the Hottie Scale. Grainy pictures followed. Jack and Ethan on the beach, laughing. Jack stretching, showing off his body. Their kisses, and the way that turned to passionate, uninhibited making out. It was a good thing there was a thick fern obscuring most of the interesting bits, or the whole world would have seen Eagle One.

Oops my ass. 😉 And, someone has been working out.

Jack beamed. “See? The rest of the world thinks it’s awesome. I’m an eleven.” He looked very proud of himself. “I’ve never been an eleven. One girl in college called me a ‘beer-seven’.”

“A seven, if she’d had enough beer. I’ve always been slender and nerdy. Especially in college. I was a stick.”

“You’re perfect.” Ethan rolled on top of Jack, cocooning him in his arms. “And you’re a twelve to me.” He kissed the tip of Jack’s nose.

“A twelve, huh? That’s convenient. ‘Cause I think you’re a twelve, too.” Jack winked. “Maybe an eleven.”

Ethan gasped and collapsed on Jack, wrapping him up and burying his face in Jack’s neck, nibbling and kissing as Jack wiggled and laughed, escaping and chasing Ethan’s touch, his kisses. They ended up in a tangle of arms and legs and sheets, cramping from giggles.

“Are you ready to show off that body some more?”

“I guess if we’re vacationing at the beach, we should actually go to the beach, huh?”

Jack swatted Ethan’s stomach. “You’d better keep your hands to yourself this time, then.”

“No promises. You are an eleven.”